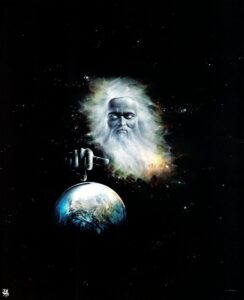 Today on such a day I reflect on the crucial requirement for salvation. A belief in the Son of God and his literal visitation to this Earth – and the adherence to His teachings.

Over many years I’ve sought high and low for truth as absurd as that may sound. Aside from an inexplicable grand design….from the universe….to the galaxy…to the sun…the moon…the stars…and their outrageously perfect order under such obvious command of an architect eternally beyond all explanation man can invent…Aside from the unthinkably invaluable seed of which comes a mighty forest…to the improbable snail…to the incomprehensible hummingbird….to the unspeakable depths of the ocean and its brooding inhabitants – the likes of some which we have yet to discover…to seemingly ancient fruits and vegetables which all carry a gifted taste universally accepted amongst the planet…aside from all of this purely indescribable evidence….I’ve become more and more convinced…that just as this Creator sent us his Son…He masterfully planned, that evidence of His existence and his continuance into eternity would forever be discoverable in the impossible….The impossible human being. To tell of the impossible system at work inside all of us this very second would take volumes. Such as the brain…which insanely…most enigmatically operates a gigantic nervous system connected by innumerable micro wires moving information as fast as lightning…the ears that take in a sheer genius stereo field of sound…a feature that may very well be just to demonstrate the desire He has that humans enjoy their experience on Earth – – (try listening in mono…) Eyeballs – fingers – toes – organs – endless highways of bloodflow – all entities unto themselves…yet sewn together with care to create the impossible.  This does not scratch the surface…It just does not….Though again, it lends evidence beyond all else that He exists and in the same masterful thought given to His creations, He decides the pinnacle of His design, the human being, will have each other to see Him. If the incomprehensible evidence is not enough that surrounds micro minded neophyte babies such as Je Schneider from the year 2018….I hope he sees what I truly want him to see…

The greatest day to day evidence I’ve given him…..