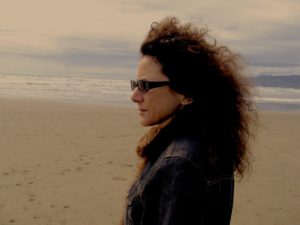 If given the requirement to sum up your life in one word – it would be…Heroic…As I speak of this great mystery of God and his design…The same mystery applies to all of us who cannot and will never truly understand your world…When I merely close just one ear…Or cover just one eye…Everything within seconds becomes irrational. It is truly understandable that one would surrender to such conditions…That one would denounce this existence of a loving and healing God…That love would be a far removed work of magic…a fantasy…an unnecessary concept based on such circumstances…Though all of this would be understandable and even acceptable….One would never achieve heroism…The human – in pursuit of this life of heroism – masters not just some conditions they unfortunately inherit – but takes the very worst….takes the most severe…the most excruciating……and entirely vanquishes…vaporizes….and eradicates all power they may hold over their life……..”Trying to deal with this issue……..Getting used to this issue…..” Entirely acceptable states of being – though words never uttered by one who has mastered the greatest of their afflictions and words never uttered by one who refuses to live nothing less than a heroic life.

I see plentiful brilliance…….I see shimmering fire streaking across the night sky……..I see a cycle of promise in the Sun and the Moon….a sacred pact between two brothers – – commissioned by their Father – to forever declare light in the darkness…..I behold a leaf and gaze at the symmetrical asylum of insanity…veins of a trillion microscopic life bearing particles…humbly and quietly performing an ancient act of art…displaying a beautiful array of colors for only so long until it sheds and begins its next chapter in congruence with the seasons created by its Master. Could there be a greater mystery than the bioluminescent jellyfish? I see every facet of this Mastery….I hear a church bell from afar and it fulfills my imagery…I hear a choir and it rips me to tears….I hear the quiet words of a piano and I’m moved to another dimension…..I hear whispers like angels sending soothing prayers….

I hear every facet of this Mastery…I see and hear all of this…and yet I’ve doubted….

The hero is one who cannot see nor hear such grandeur – but possesses an unwavering faith in their creator that far supersedes the faith as one such as myself. Mom I want you to know – I will always believe because of you and even if its solely because of you. I believe we all see you as a hero and such a powerful factor in our lives…I’m fortunate to see you in that I may further my faith and quench my doubts. I love you.